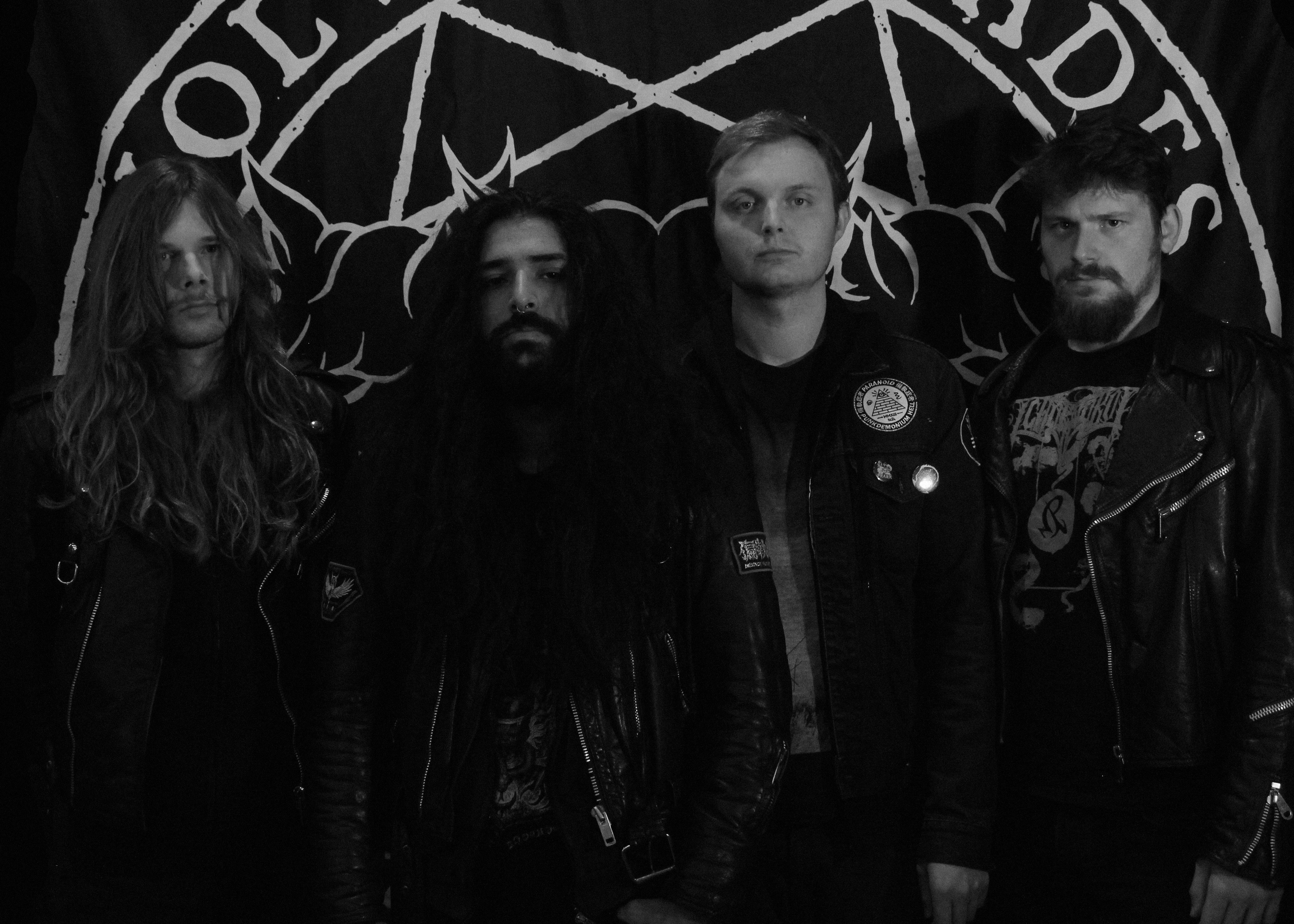 From the shadowy desolated woods of Borlänge, Sweden and the rusting urban lechery of Amsterdam, The Netherlands comes Dödsrit, a maelstrom of soul tearing blackness and cacophony.

Dödsrit entered the worldly realms in 2017 as a one-man project of Christoffer Öster, a sole venture that would produce both the self-titled debut in that same year and the subsequent 'Spirit Crusher' in 2018. Following this second full-length, the project expanded into a full-fledged group with the addition of three new members, a change that would definitely sharpen the band’s course into the potent force which stands today.

Whether painting landscapes of storming riffs, crescendos of pulsing intensity, or immersing mournful wails, Dödsrit’s crushing devotion to the visceral element in men and nature allured from its very inception. While rooted in the Black Metal milieu, the group’s sonic traits expand wide and beyond, from repetitive and atmospheric upsurges of misty ambiance to melancholic yet triumphant infused outbreaks, a pallet of sorts that provides this journey with an uproar of emotions. Such features find their most precise outcome on the third and new opus, 'Mortal Coil', a step forward in the direction of the abyss, and a definitive illustration of Dödsrit’s treacherous display of ghastly emanations for and to the strife and suffering of our feeble and dying existence