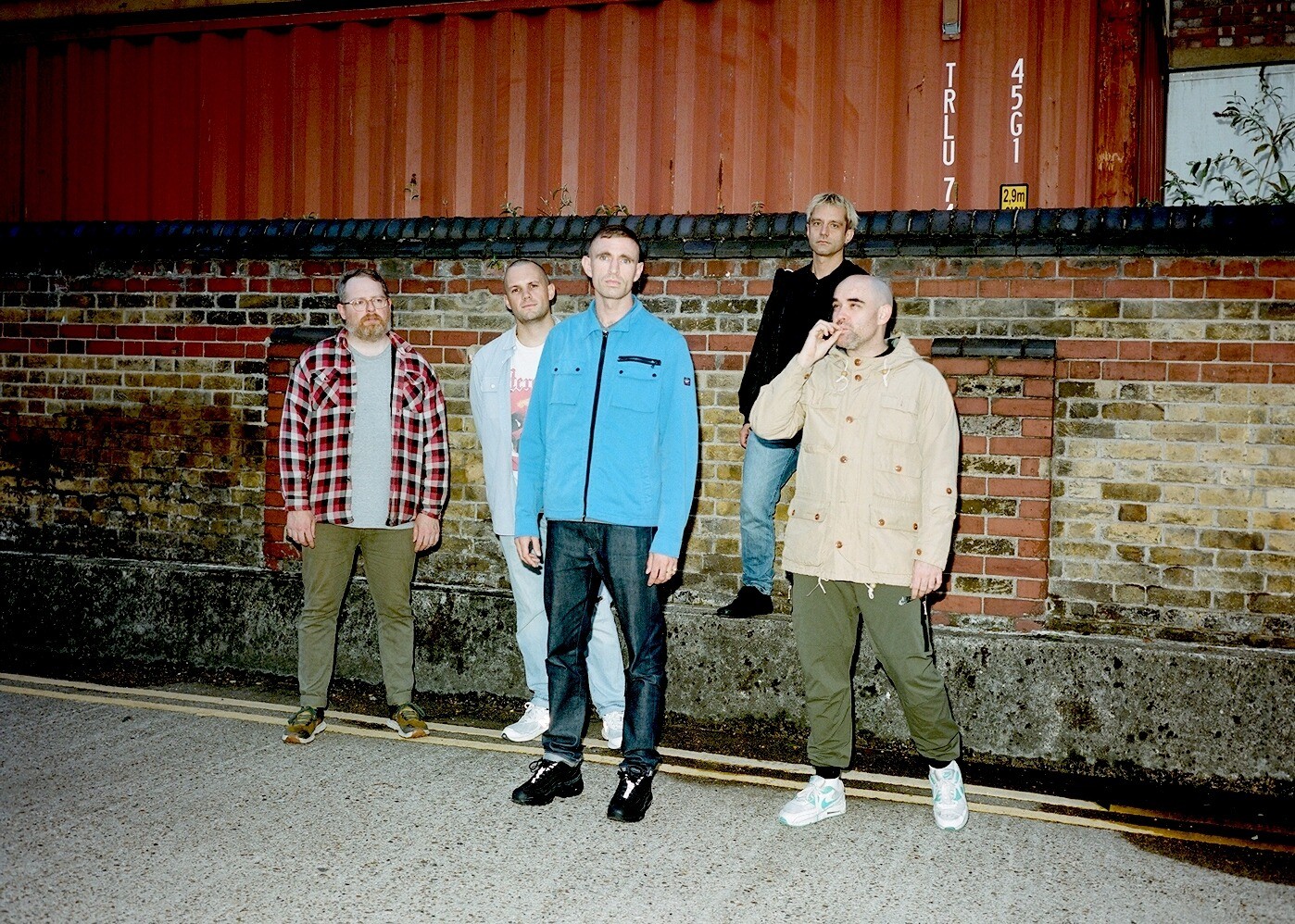 Though the band were all alumni of some of the UK hardcore scene’s most celebrated groups, High Vis’s 2019 debut, No Sense No Feeling, was a record that opened its viewfinder beyond the parameters of any genre or scene. Sure, the intensity and passion of hardcore were stoking the fires, but in its intense post-punk inspired textures and moods lay a sonic adventurousness which suggested the members of High Vis were never going to be confined by any notion of what they should or shouldn’t be playing.

“Hardcore is the best. When you’re young and you’re feeling pissed off, there’s a framework there where you think, ‘Fuck it, I’ll just do that…’ and it’s brilliant. You dive on each other’s heads and feel a part of something,” says frontman Graham Sayle. “Hardcore presents itself as this forward-thinking thing, but it’s fucking conservative. It can be like: ‘No! You can’t do that! That’s not like ’88 New York hardcore!”

The washes of chorus FX and spectral synths lines of 2020 EP Society Exists was further evidence that the group were never going to be easily pigeonholed or restrained, but High Vis’ second album Blended displays a musical and emotional scope that anyone who’d seen The Smear, Dirty Money, DiE or even Sayle and drummer Ed ‘Ski’ Harper’s pre-High Vis outfit Tremors back in the day could never have imagined.

From the anthemic sweep of opener Talk For Hours, through the title track’s psychedelic swirl
and Fever Dream’s almost baggy groove, it’s an album that shows High Vis’s sound blossoming into something with an unlimited richness. The hazy drift of Shame or the melodic jangle of Trauma Bonds may take them until uncharted waters, but they still have all the power and bite that made No Sense No Feeling so remarkable.

“A lot of it is because Martin has come into the band,” says Harper of the role new guitarist Martin MacNamara has played. “Martin’s influences and mine weaved in together have created a whole new palette.”

“I loved the band before I even joined them,” adds MacNamara, “so if I had other influences it was always going to slot into what they were already playing.”

Knowing that MacNamara was already a dyed in the wool High Vis fan should assure anyone worrying at this point that the band might have thrown the punk baby out with the bathwater. It’s still recognizably them - see the way Rob Moss’ bass grinds and growls against MacNamara’s skyscraping guitar collage on Trauma Bonds or how Sayle snarls about the working class being “as good as dead” over the cement mixer churn of 0151

As the title might suggest, Blending is about bringing all these new strands and elements into what the band are about at their core to forge something entirely new.

“I really enjoyed getting back into music again when lockdown happened. Because there were no gigs and we had started writing tunes I was listening to things like Flock Of Seagulls and Echo And The Bunnymen and all the old Manchester stuff,” says Moss of the records the band were buzzing off as they made the album. “I started getting really excited because we were playing all this stuff like a punk band but it was this new sound, it was a blend of what we’re all into.”

Aside from just the music, lyrically the album represents another leap forward for High Vis. Much of Sayle’s MO as a writer has always addressed the downtrodden and discarded communities across Britain slipping below the waterline. He semi joked around the release of No Sense No Feeling that High Vis made “post-industrial Britain misery punk”. This time around, Sayle’s lost not of that social consciousness, but he’s looked at himself and his own emotional landscape more, and in the process created something that feels more universal, that reaches a hand out to people and ultimately gives a message of hope.

“For me, the lyrics are really personal. It’s really reflective. Through accepting my feeling are valid and not just thinking that I feel shit and everything’s fucked and that’s how it is, it’s definitely made it much more hopeful,” he says. “It’s less selfish. In the past, I couldn’t see past whatever was going on with me. It’s about accepting things and being open to conversations and learning to talk to people rather than just thinking that we’re all fucked.”

For Liverpool-born Sayle, Blending has a more specific meaning that links to his lyrics too.

“Blending is a scouse term. If you’re blending, you’re looking good. I started to think about what it means. It became about cloaking yourself in whatever you present to the world, but you’re not defined by that. Just because I wear a trackie, it doesn’t mean that I haven’t read a book. The message of the album is you’re not who you think you are,” he continues. “You’re not your class background. Whatever it is, you’re not that. Don’t resign yourself to thinking you can’t be this and you can’t be that.”

It's an important message, and one that could be the motto for not only Blending, but for High Vis themselves.