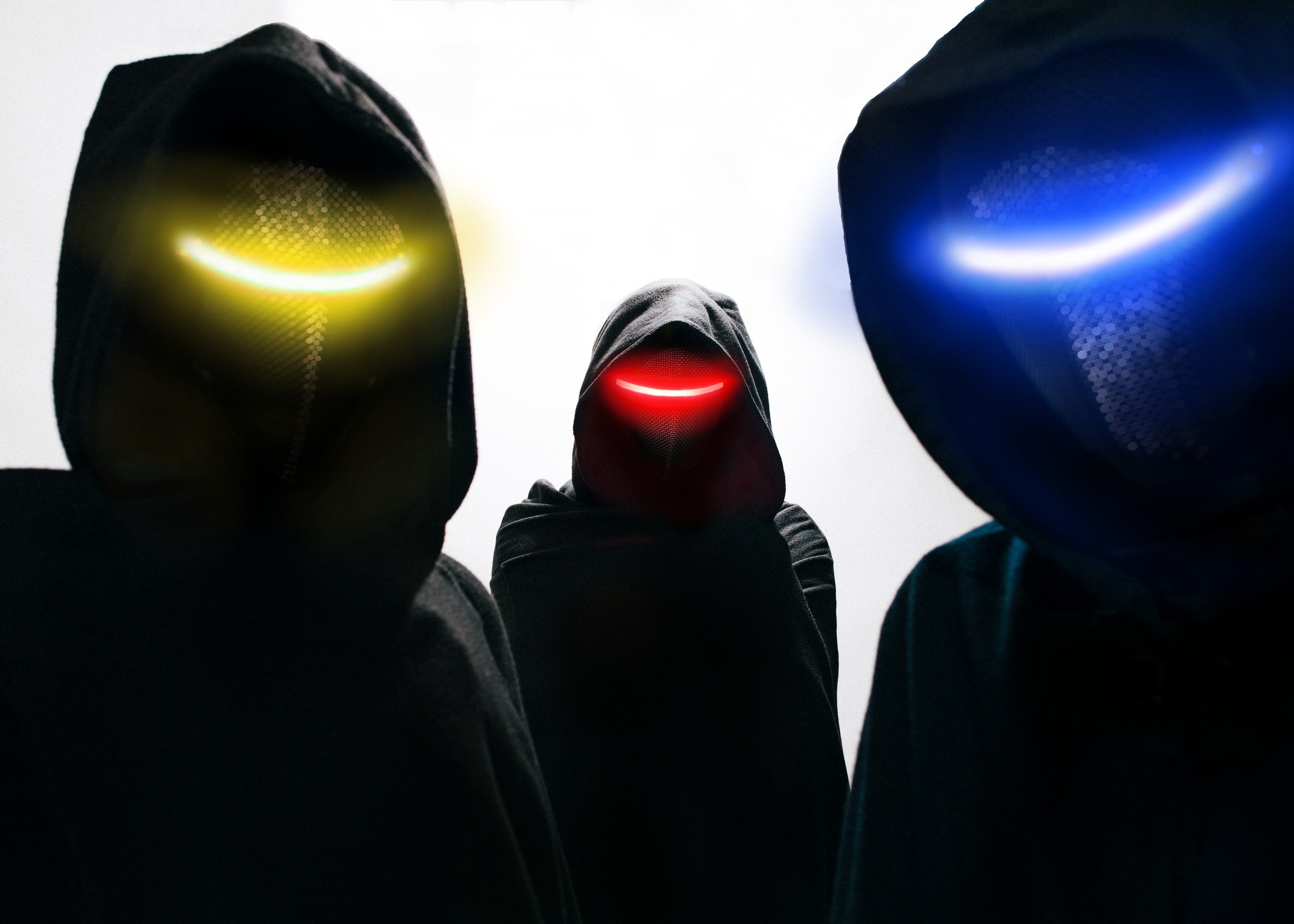 Magic Sword is an ageless tale of good and evil told through an ever expanding graphic novel with each volume accompanied by an original, synth-heavy soundtrack as well as immersive live performances. With the three mediums intertwined from conception, together they create an epic experience for those bold enough to bear witness and come away with a deeper understanding of the ultimate hero’s journey. Armed with a musical and visual aesthetic that has its roots unabashedly buried deep in the golden era of ‘70s and ‘80s fantasy and sci-fi, Magic Sword’s followers are called to another plane of existence where the struggle between light and
shadow becomes all too real. The multiverse has aligned to bring the people of the land together for the birth of their album Endless, followed by a tour of the realm searching for the greater good.

The Immortals are:
The Keeper of the Magic Sword – red, keyboards
The Seer of All Truths – blue, guitar
The Weaver of all Hearts and Souls – yellow, drums